Buying Strategy – The need for speed!

In this post I would like to highlight a strategy of moving fast when you find a great deal. If the deal is at market price or above market price then obviously you don’t need to move fast… take your time and make sure it works for you. But if you find a “great deal”, you need to move fast. A great deal is one where the property is typically priced significantly below true market value. In a situation like that, pretty much anybody can make money on the deal by simply flipping it so there is no time to waste as you are not the only one looking to make some easy money! 🙂 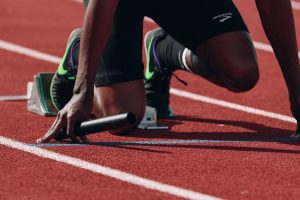 Over the years we’ve obviously closed millions & millions of dollars of deals so I’ve seen the deals from so many angles: the broker, the buyer and the seller sides so I’ve picked up what works.
I started investing in commercial real estate myself about four years ago and the one thing I’ve found I can ascribe most of my success to date is speed.

If a good deal pops up onto my radar, I don’t waste much time. In some instances I don’t even bother going to see the property, my first objective is to get it under contract as fast as possible so that I can get into the feasibility phase where I’ll have time to think and figure out the in’s & out’s of the deal and that could include figuring out how to pay for it!

– In November 2015 I viewed a boat & rv storage facility that looked interesting. It had 4.7 Acres. I drove in to look at it immediately after another couple drove out. I probably spent about 15 minutes looking around. The numbers looked ok & I could see a bunch of stuff I could fix or improve. That was all I needed. I drove home immediately & sent in an offer within an hour of seeing the property. The next morning the seller countered me & I accepted his counter and we signed within a few hours. Later that same day the buyers that viewed it before me wanted to submit an offer. Unfortunately they were too late. This was a deal where I 100% didn’t have even close to enough cash for the down payment. I had to get super creative and a little lucky to make it happen. This deal has been incredible so far and it keeps getting better.

– June 2016 I saw a really interesting property for sale not that far from ExxonMobil. 4.8 Acres with a building. The asking price looked great. Without even going to see it I quickly wrote up an offer & sent it in. The sellers countered and I countered and they accepted and the deal was on. Again, other buyers came in a few days after we had locked up the deal but they were too late. The value of this property has moved up significantly and we foresee more increases as Mossy Oaks Parkway is expanded to connect Gosling all the way through to the I-45.

– August 2017 – While looking for deals I found a 5-Acre vacant land deal that looked interesting. I called the agent & found it was still available – I wrote up a contract within a few minutes of putting down the phone and it was under contract later that day or the next. Only then, a few days later did I drive by the property to take a look. Actually, in this particular instance I didn’t yet know how I would pay for it! As soon as I had it under contract the selling agent told me he had a bunch of people trying to buy it but they were too late.

– October 2017 – I came across another interesting property. Close to 6 Acres of land with a building. Again I sent in an offer without first seeing the property. I just reviewed it on Google Earth & looked at the street view using Google Maps. That was enough for me… we negotiated a little and it went under contract. Once it was under contract I made an appointment to go and take a look at the building. This was another instance where even the money for the down payment was not immediately obvious on the day I wrote the contract – I thought I could figure it out later.

Every one of the deals above are great deals…. and in almost every instance, if I had not moved as fast as I did, I would not have been able to get them. In more than one case just a few hours later and I would have lost the deals. If I had decided to:
– schedule a appointment maybe next week some time when I’m not so busy
– view the property & then two days later ask the agent for tons of information so I can play around with my spreadsheet
– visited my bank to see if they would finance my deal
– asked my architect, engineer, attorney, etc. what the issues on the deal were
– checked with my father, brother, friend etc. what they thought of the deal

Then every single one of the above deals would have been under contract by the time I came to the conclusion that I was finally ready to make an offer. As if the world was going to just put everything on hold while I slowly made up my mind.

Nobody is going to wait for you to complete your analysis. So, the sooner you can control the property the better for you.
What’s it going to cost you to control the property? Well, in commercial real estate transactions the option fee is typically $100 to $200 for 30 to 60 days feasibility. The reason it’s so low is feasibility on a commercial property can be costly… Phase 1 Environmental Inspections, building inspections, architectural concepts, working with engineers, attorneys, etc. It can add up quickly!

But, before you spend all that money you want to first complete your own analysis and maybe that includes actually viewing the property! So, if you locked up the deal with a contract and the deal didn’t work out you’d be out of pocket $150. Big deal. You probably spend that on a meal & movies out with the family over a weekend. If you lost the $150 just order in pizza & get a movie on Netflix instead.

I’d rather have control of the property with a contract than save $150 & lose a deal that could be worth hundreds of thousands of dollars in equity growth and future cash flow to me.